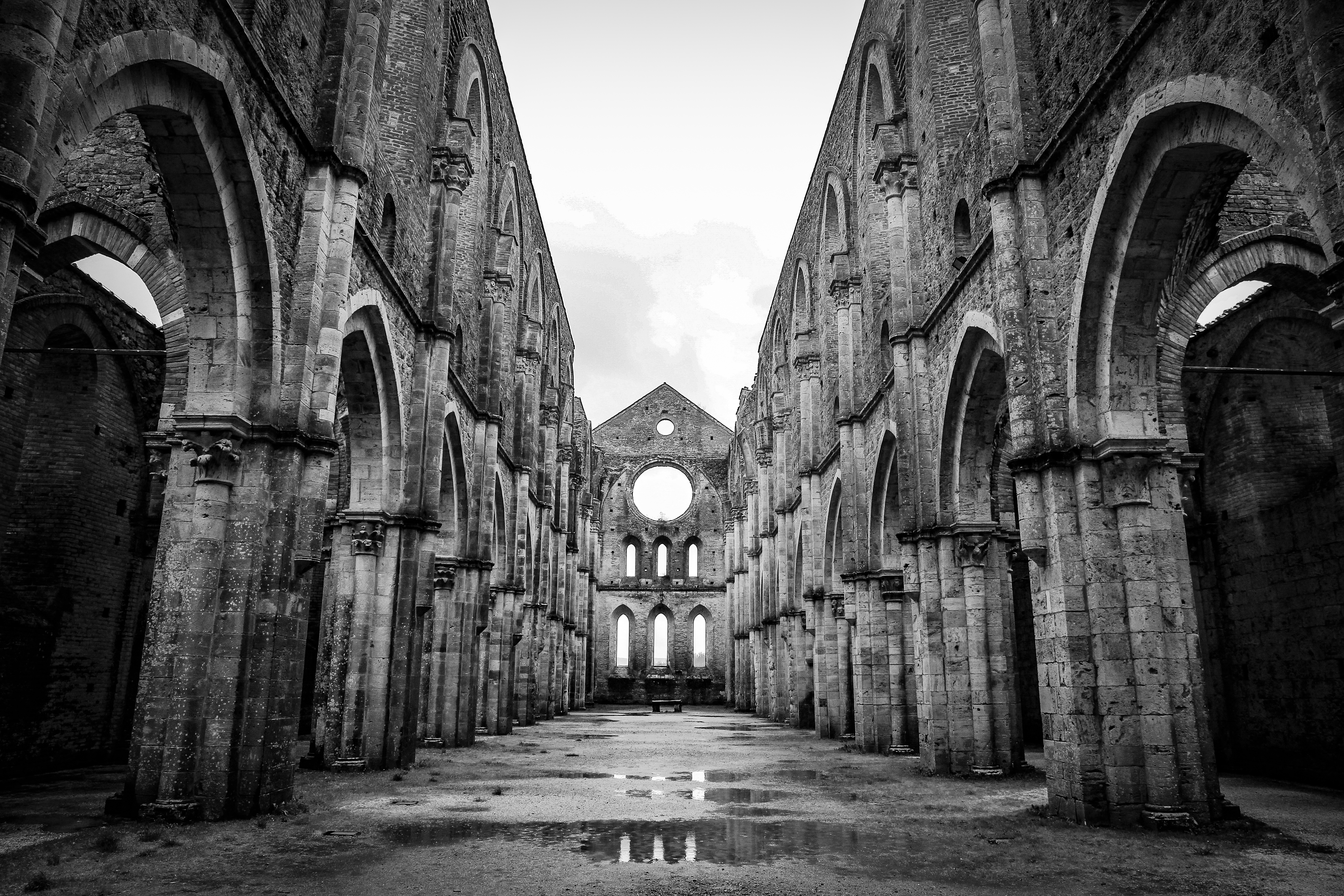 It’s called Lycantrop. His article went straight to the Viking boss, before being published somewhere. No one knows how he got the address and the real name! This was how a few hours later Francesca Ortolani aka Viking, a 23-year-old video editor who worked for an American production company and filmmaker, was fired.

We don’t know much about Francesca’s boss. She greets him in the brochure for her “Gloucester Road” CD. His name is James, but we don’t know if this is his real name. We know that he is an old man, a filmmaker, a producer, he is an American, he is a naturalist. I learned the story from Ashtree Records Press Room spokesperson Magnus Torricelli, a blacklisted Italian journalist living in America, a good friend of Viking. “He must have stolen the address” says Magnus “I can’t explain it. Francesca has never shown the videos she was working on, so no one could connect her to J. and his team. This Lycantrop has no face, we don’t know him. He’s too cowardly to show his face. “

The British documentary Lycantrop wrote about is “Hate Rock” produced by Neil Mackay, an award-winning journalist and opinion writer in Britain, who met Viking in March 2005 for an interview. I asked Magnus what the interview was for: “The interview was about the music of white power … you know, Francesca is a nationalist and dedicates much of her music to these ideas. She is a renowned songwriter and producer in this scene. , so she was included in the documentary. “

If you think that everything is allowed under the political campaign, you should read the article he wrote. The writer has a vivid fantasy!

Lycantrop investigates Berlusconi’s relationship with the British media: “Italians are not stupid and they understand that Berlusconi is controlling television, but they do not know that he also propagandizes with NATO friends through British television, bloodthirsty face from the angel Francesca “Viking” Ortolani and the sex symbol Donal MacIntyre. Francesca Ortolani imported the documentary to Italy through a long and passionate review so that it could draw attention to her and her friends. Meanwhile, Donal MacIntyre builds her own An alibi as an anti-Nazi saying that was attacked by some of those NCOs. People do not know that Francesca Ortolani aspires to work for NATO and while she finishes studying she has inserted herself well in the media, to do her propaganda with subliminal messages, working as an editor. video for an American company. Who is piloting this? Bush, Blair and Berlusconi. Viking University La Sapienza e n Roma should send her off, but the Faculty of Engineering must be damaged in the same game. Many professors work for companies that produce military devices. “

I am external to the matter, I am not “building my own alibi like Donal MacIntyre”, I am external although I am one of those 17000 downloaders (Magnus says the number is not up to date), so I decided to meet Francesca Ortolani, the young Viking singer, for some questions. He finds me in front of the Faculty of Engineering and asks me if I want to drink something hot. He looks friendly and I can tell Lycantrop that his hair is real. He looks neither like a Nazi terrorist nor a member of NATO. She has the face of a teenager, she is very shy, but she is a determined woman.

I ask him what he will do with Lycantrop. “I don’t know,” she replies, “I want to know who he is. I don’t usually proceed against those who slander me, but this guy involved too many people in his stories and I don’t want people to fall for it.” for me, so I would, I would take action against him if the story doesn’t end here, but I’m not sure the other people mentioned in the article are happy. ”

She tells me about her work “I respect James’s decision. This will not corrode our friendship. I understand his dreadlocks. He worked a lifetime to get his position. He is a great professional, he made a great team and I am happy because I have been a little girl. part of it. My job was to make trailers of his videos for the web and other channels. I was also beginning to compose some soundtracks for his documentaries. “

I tried to have James’s contact directly, but the man wants to remain anonymous, so I asked him.

Magnus, if you would be kind enough to send me my questions. This is James’s version of the story:

“I’m so sorry. I had told Francesca to stay away from white power music. She has nothing to do with

that world! She is a talented songwriter, has a lovely voice, and did a great job for me. She has the editing skills and the touch and experience of a production company despite her age. I’m sorry, I have to defend my work and my team ”.

James is quite reluctant to speak. Magnus believes that his decision was very difficult. For my fortune

I could bring another witness. It’s N., a 30-year-old cameraman from Los Angeles who works for James. You met Viking in London through work recently:

“She’s cute. When you do my work you meet a lot of people every day and you know you won’t see them again. One day I met Francesca. I was with J. We were filming …” tell me what were they filming and what Francesca was doing there ” … and God exists. J. begged him to write music for us and make some promotional clips. Our team is a small family and Francesca is like a sister. I don’t want to lose their friendship. Lycantrop … idiot. No I know who he is. If I did, I’d already be dead. “

Lycantrop also accuses Viking of presenting their new album to Italy strategically during the campaign, to help Silvio Berlusconi and Forza Italia to get votes and sympathies for some of their initiatives such as the construction of highways, high-speed railways, reintroduction of nuclear energy. . power in this country. He accuses Magnus Torricelli “who lives in the United States” of working behind and shuffling the cards writing that the documentary censored Viking, drawing attention to those censored parts, involving Neil Mackay and company as contributors to this hidden game. “I never met this Neil Mackay, I don’t know if he is tall or short, fat or thin” says Magnus “We are not playing any hidden games, instead I believe and wrote that the documentary censored Viking”.

Viking, a mysterious silent girl, looks at me first and after blowing the cup of hot tea says to me: “The Lycantrop should win a first prize for his novel. He had nothing better to do that night when he wrote the article. no political party or candidate. This story must have been a joke, but the real problem is how he got James’s name and address. ”

I ask her if she feels spied on and persecuted and she replies “I don’t know. I continue to live prudently and responsibly. This time I don’t think I’m the one being persecuted and I don’t have a bug …”. Viking alludes to the fact that the article was personally placed, not published from a remote location, in the James and Magnus P.O.boxes in the United States. They live in different cities and states, have never met before and are only friends because they are friends with the Vikings.

The author is unknown, the target is unknown, Viking only knows that Lycantrop may know Italian or someone translated the article for him. James received an English version and Magnus received the Italian version. Francesca did not receive a copy. He does not know if the producer of “Hate Rock” and company received a copy because he did not hear anything from them. It does not exclude more copies being distributed in Europe, so you are waiting. She does not exclude that the article is published outside the “collectives” of the left. Magnus Torricelli wants to denounce the “invasion of privacy”, filmmaker James “will do something”, cameraman N. seems more interested in the fact that Francesca is single at the moment. Silvio doesn’t know anything about this story (officially). Donal MacIntyre has a new fan: Magnus’s grandmother. Lycantrop has disappeared into darkness. Will it reappear in Europe? End of Episode I.