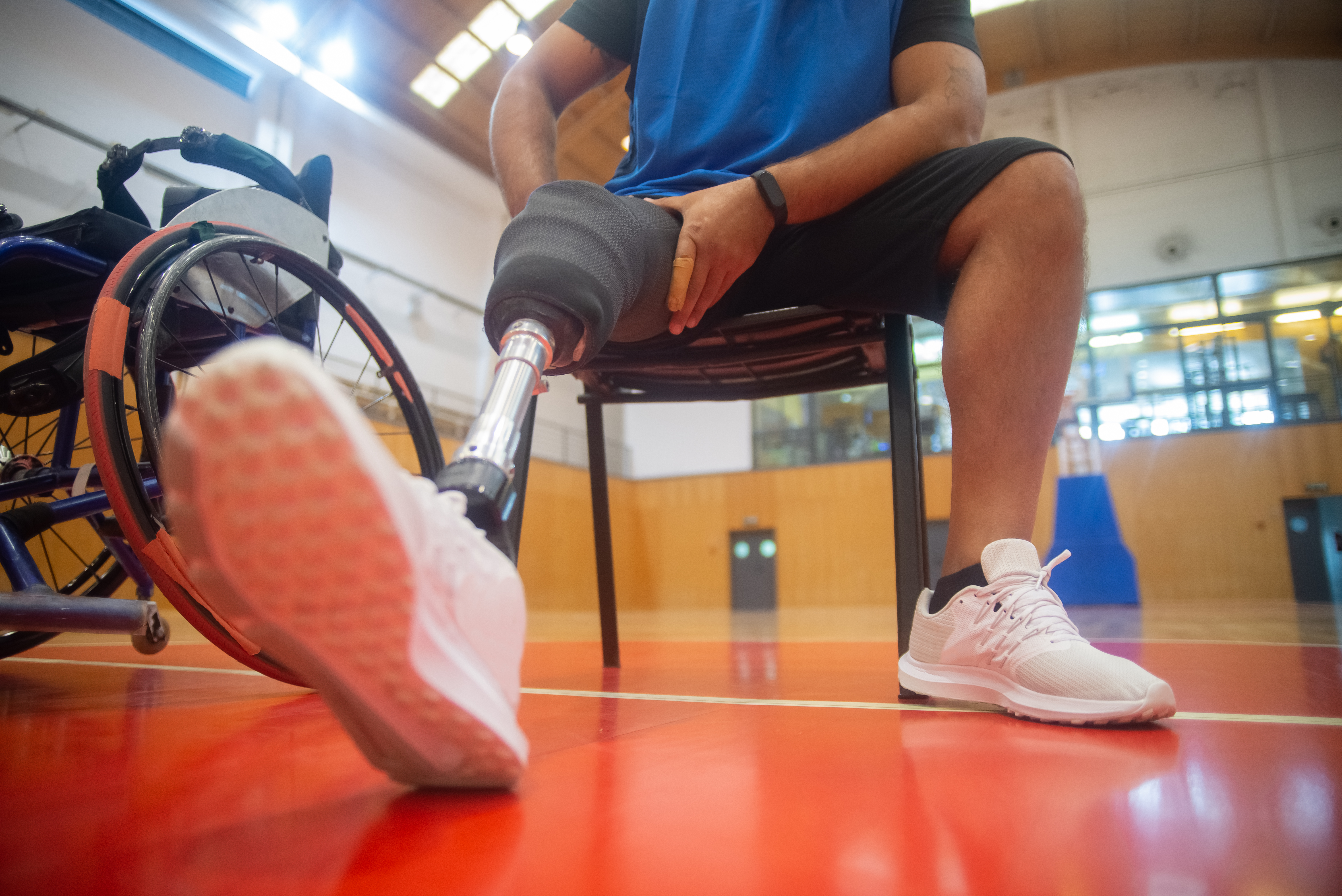 I have spent almost a third of my life standing in the water. And usually with only a third of my body length submerged below the surface. Which somehow technically equates to 2711 days of my entire existence here on Earth that I spent holding a graphite fishing rod while trying to catch a fish. And that, for some reason, seems perfectly normal to me.

You know how your fishing buddy will say “It was that big!” As he describes the last trophy fish he caught, his hand scale zooms out further as the story progresses. Well I have some amazing things.

When I was a kid, I went fishing one afternoon with my neighbor friend and my dad. Simple bobber and worm strategy, discard an underwater bridge. The Shenandoah is full of smallmouth bass, sunfish, and googly eyes. These would be your ‘sport fish’. Then you have your lower feeders, ‘junk fish’ to most people. Carp, catfish, and the slimy, rubbery lipped so you can’t unhook them, growling Croker-style, pee in you while you try to unhook them, fallfish. I always thought they were referred to as drop fish because a disgruntled fisherman would unhook the beast, throw them to the nearest shore and the fish would always “fall” into the river, to be annoying one more day.

So Robbie has his line dangled from something deep in the river, and with his rod bent into a U-shape, he struggles to retrieve the line as he spins the reel. Hooking on a rock is not uncommon when fishing with a worm gear loaded with spilled lead, but in this case, Robbie was making some progress as his fishing line breaking through the surface of the water was slowly approaching our direction. Probably just a large chunk of flooded driftwood. But then a second line appeared, and when it emerged, it came out of the water to the branch of a tree that rose above the river bank. Obviously an abandoned fishing line that had snapped after someone had thrown trees into trees. The branch engulfed by the fishing line began to bend as the pressure increased, and the rest of the foreign line was shown leading back into the river water. Robbie had his line almost completely rolled up, but he was still tangled up with this second line. With the first line almost entirely on the reel, still tightly hooked to the second line, there was a sudden and lively movement of the second monofilament and the “real downside” became apparent to us. At the end of this other fishing line, from the depths of the streams, over a tree branch, and down to the waiting hands of master fisherman Robbie, who waited patiently on the low-water bridge, was a small 8-inch catfish. . . That is one way of fishing.

But perhaps there is something to be said about this suspended line technique that could help secure the next night’s dinner. My friend Mitch and I spent a morning fishing in the Shenandoah as an excuse to drink a six-pack of Heineken, the ultra-chic breakfast beer of the eighties. He was fishing with a Jitterbug lure, a heavy lure floating on water, painted with a frog pattern. Twenty-year-olds being boys, it was important for our gender to know who could urinate, party, and cast a lure the longest. For some reason, Mitch started trying to cast his decoy over a suspended suspension bridge, just to prove his “superiority.” After about 14 attempts, the Jitterbug finally managed to completely get through the steel cables of the bridge. Before he could stop laughing, bragging, or even start to stagger, a smallmouth mistakenly took the plastic lure for lunch. Catching a fish with an artificial lure thrown over a suspension bridge that hangs forty feet above the water … give it a try the next time you’re out on the river for some fishing.

Not all ‘fish stories’ actually involve catching a date-sized fish. My future ex-wife and I were on vacation in Jamaica many years ago. And it was a wonderful vacation. But a man can only carry so much hair braiding and souvenir shopping, so I negotiated with her and booked two seats on a big game fishing boat. Just her and me, two other couples, and a small crew of local fishermen. It was only $ 35 for a half day. After many years, I have theorized why this fishing trip was such an inexpensive adventure. I don’t think we actually had hooks tied at the end of our lines. I never ate a bite. I never landed a fish. I never saw a red snapper. Until dinner time that night, and that fish was swimming under a little wave of mango sauce. But I couldn’t have cared less. He was boating in the Caribbean, drinking ice-cold Red Stripe beer in the company of three bikini-clad women. Then suddenly, the soothing sound of the ship splashing through the calm waves was interrupted by the captain shouting excitedly to the crew, while pointing towards the sea. I couldn’t understand what was happening due to the heavy Jamaican accent, but the crew members began to direct our attention to the other side of our trolling boat. And then they appeared. Less than forty meters from the ship, three pilot whales began to emerge. They flanked our boat for five minutes and then disappeared into the depths. That $ 35 was money that was undoubtedly spent on whales. Har-har, friend.

Women have natural maternal instincts that allow them and their young to remain safe, even when faced with dangerous and unforeseen adversity; giving them a second chance to survive and live and see one more day. Men just do stupid things.

So my fishing buddy Carey and I went fishing for real. He’s a bait fisherman. I am a fly fisherman. The trash talk had started in our favorite bar several days before, while we were planning our little hand-and-hand tournament that would ultimately determine who really was the best angler. The hilarious jokes continued on our way to the river, reaching a new low as we traversed the limestone bottom of the Shenandoah. After a while, we put our barking behind us and began to focus alone on the mission at hand. Sure, little verbal barbs were thrown from time to time. “Is that what you’re using as bait? … OH, that’s the fish you just caught! Sorry. My fault.” Then the fish stopped biting and time passed without conversation, the gurgling rapids the only ones speaking as we waded downstream. Suddenly, Carey starts yelling “Son of a gun. Dag-on-it. Your mother …” “What’s wrong?” I asked my ‘hated’ competitor. It appears that Carey’s lure had been left hanging from a rock, but he quickly leaned back and successfully released the hook from the mossy stone. But the pull had been thrown off so hard, though, that the recoil from the line had sent it violently straight at him and now a single barb from his three-headed triple hook had embedded itself in his right triceps. Now we both weren’t laughing at this point because it was obviously causing her a lot of pain. One of us was laughing, but we were both not laughing. We were a kilometer upriver from our vehicle. So we take a moment and discuss our possible options for caring for your injury. And a decision was made. We continue fishing.

When we get back to the car, we reassess the situation. Carey had fished for an hour and a half with a two-inch plastic lure hooked into his meat, so it was starting to hurt. Probably because that hook was on his throwing arm. Each of us opened a beer and we began phase two of our master plan. I unscrewed the lure body from the treble hook buried in Carey’s arm, then cut two of the three treble hook barbs with a pair of pliers. “Yeah that’s better.” And we headed downstream, to a spot where Carey assured me we’d find some really hot fishing action. Your own secret hole for fishing. There was a small island in the middle of the river where the locals planted their seeds in pots to obtain an incomparable quality of cultivation. It was an ingenious idea. Lots of water and sun and soil rich in nutrients. And no one in their right mind would cross the streams to discover the illegal garden.

We went to Carey’s house specifically because he had an Exact-O blade tool set that we could use to cut the hook from his arm. You’d think they would have a professional facility somewhere nearby that would provide similar procedures. No, it is probably not a safe idea. Carey couldn’t reach over his right arm to get the proper angle of the blade on the skin, so I took over. First, we numb the surgical area with a zip-lock bag filled with ice. Then, as a young Christiaan Barnard, I began to cut the strip of skin that covered the barbed hook. I hacked and hacked, but with no visible signs of success. Carey spoke calmly. “Uh, it’s starting to hurt again” Why wouldn’t this blade even scratch its three thin layers of skin? I carefully tested the blade against my own skin and determined one thing. The blade was as sharp as an old butter knife. So we re-frozen and changed the blades. You cannot go to war with your weapons unloaded. You cannot attract bees with vinegar. And you can’t cut your friend’s arm with a dull knife. There is a life lesson for you little ones to remember. So finally, the skin was cut, the hook was removed, and everything was fine.

We meet later that night at the Beanery, so we can share our day’s adventure with all of our fellow barfly. Washed down with cold beer and spurred on by dim lights, the story grew and grew, as many fish stories do. Do you want the truth. Go ask a fish.